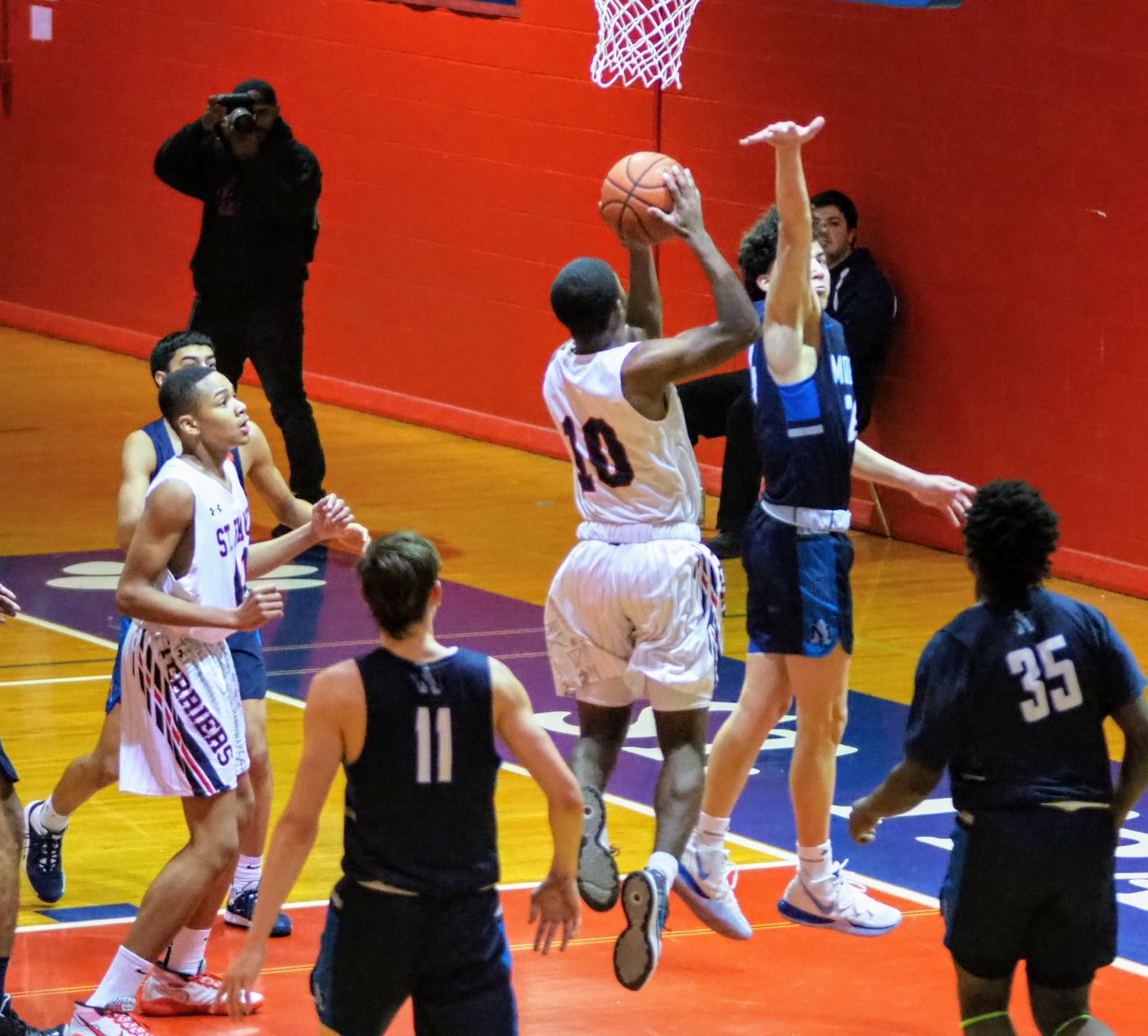 St. Francis Prep outscored Archbishop Molloy 17-3 in the second quarter, setting the stage for a convincing 66-44 win in the CHSAA Brooklyn-Queens Diocesan Semifinals on the Terriers' home court in Fresh Meadows, Queens on Wednesday night.

Molloy held an 11-10 lead after the opening quarter, but the Stanner offense sputtered in the second, with St. Francis Prep's defense holding them to just one field goal and three points in the frame.

On the other end of the court, the Terrier offense started to click, with Becir Hot, Chance Morrish and Jaden Daughtry all connecting on 3-pointers in the second quarter and SFP holding a 27-14 advantage at the break.

The Terriers coasted throughout the second half, as Todd Rochelle scored 13 of his game-high 18 points over the last 16:00 and Latiek Briscoe ignited the crowd with a one-handed run-out dunk off an assist by Jonathan Medley.

Run-out dunk by Latiek Briscoe of St. Francis Prep during the second half of the Terriers' win over Molloy tonight (assist by Jonathan Medley). SFP will take on Xaverian for the @CHSAA_NYC B/Q crown on their home court in Fresh Meadows on Friday night. @MensSfp #HSBB pic.twitter.com/XhhsJld6GP

Mick Browne scored 15 points and Christian Bliss had 13 for Molloy.

The Terriers will once again have the home court advantage when they host Xaverian for the CHSAA B/Q crown on Friday night.

The Clippers topped Bishop Loughlin 67-57 in the other semifinal on Wednesday night.